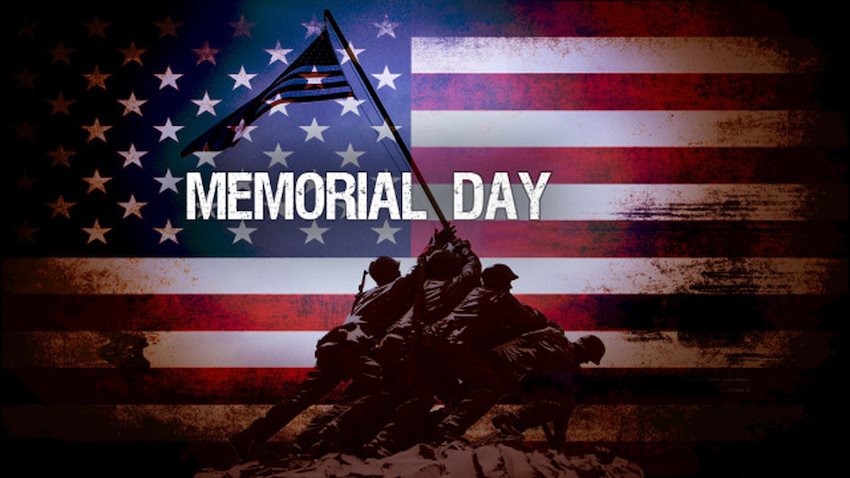 Each year on the final Monday in May the United States celebrates the federal holiday Memorial Day. Originally Memorial Day was known as Decoration Day, meant to honor the Union and the Confederate soldiers who died during the American Civil War. By the 1900s it had become a day to celebrate all American soldiers who died while serving in the military. It wasn't until 1967 that it was legally named Memorial Day. It became a federal holiday in 1971.

The Guest Speaker this year will be Tony Gain, a highly-decorated retired Marine Colonel who completed three combat tours, instructed at some of the Marine Corps' most prestigious Leadership and Training academies, and served with the State Department.

The local Boy Scouts of America will conduct an official Flag Retirement Ceremony and the Winners of the Memorial Day Essay Contest will be announced and recognized.

The public is invited and encouraged to bring lawn chairs or blankets.

Tony is a retired, Vice President for Business Development in Florida for LHH (recently merged with DBM) . He formerly was a Senior Account Executive with Drake Beam Morin. His areas of expertise include Corporate and Government Outplacement, Career Management and Leadership/ Followership Development.

Tony is a highly decorated former Marine Officer who had three combat tours, instructed at some of the Marine Corps' most prestigious Leadership and Training academies, and served with the State Department. He holds a National record in Marine Officer recruiting, commanded every infantry unit in the Marine Corps from a 4-man fire team to a 1400-man battalion landing team, and was at one time the youngest infantry Colonel in the Marine Corps. He was awarded one of the nation's highest medals as General Norm Schwarzkopf's and U.S. Central Command's Chief of Current Operations for "Desert Storm."

His national and international accomplishments include developing programs worldwide on organizational mission, vision and values, designing Career Management and Leadership/Followership programs in the Department of Defense including the Department of State and implementing a nationally acclaimed military marketing, sales and recruiting strategy in Alabama and Florida, in alliance with the Xerox Salesmanship Learning Center.

He is a consummate professional and gifted speaker known for promoting growth through change, maintaining top mental, physical, and spiritual condition, and for sharing his energy, ethics and attitude.

Tony's education, training and recognition include a BA in Sociology, Who's Who in American Colleges and Universities and graduate/doctoral work in International Affairs at the National Defense University, Washington D.C.