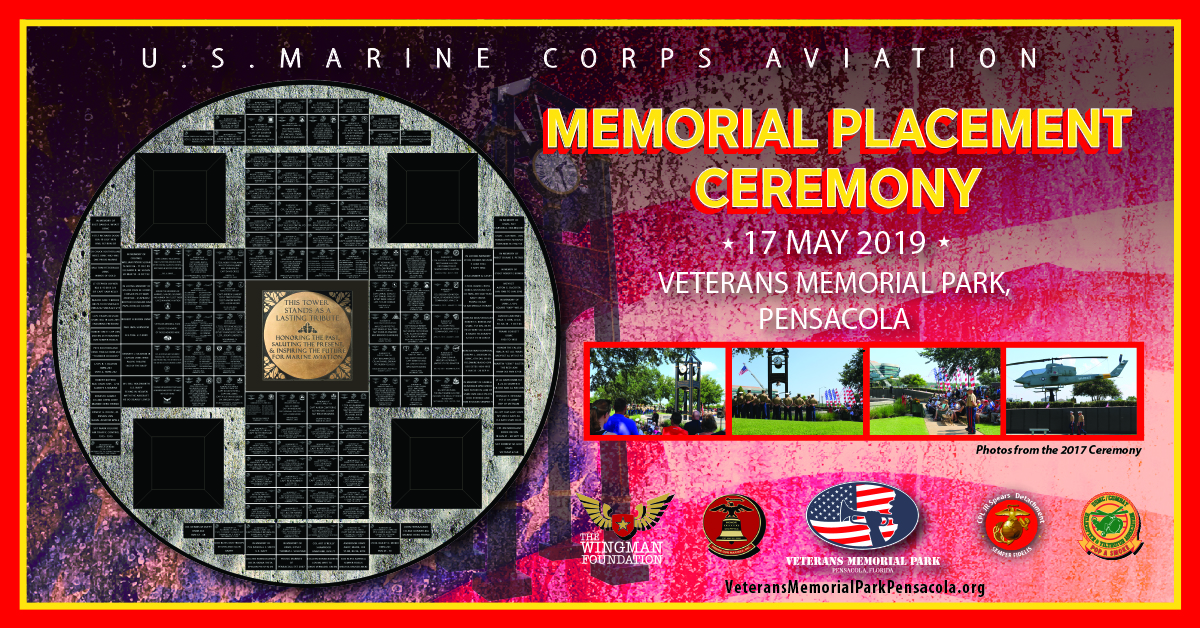 On May 17, 2019, at 6:45 p.m., the VeteransMemorial Park (VMP) Foundation of Pensacola will host a memorial ceremony forMarine aircrews and other military service members who died in the line of dutywhile serving with Marine Corps Aviation units. The event will include U.S.Marine Corps aircraft on ground static display for public viewing(2:00PM-5:30PM) and aircraft flyover to commence the ceremony.

The ceremony will include family members andfriends of the fallen, as well as active duty service members, Veterans, and citizensfrom across our Gulf Coast community and beyond. The event is open to thepublic. Commanding Officer Col. Michael Johnson of Marine Aviation Training Support Group-21 willpreside over the ceremony and Brigadier General James Adams, Director,Capabilities Development Directorate; Combat Development & Integration,Headquarters Marine Corps will be the keynote speaker.

“As the birthplace of Marine Corps Aviation, it is fitting that Pensacola be home to the Marine Aviation Memorial Bell Tower, which pays tribute to Marines who had gone before us and made the ultimate sacrifice,” said VMP Foundation member, retired Marine Corps Lt. Col. David Glassman. 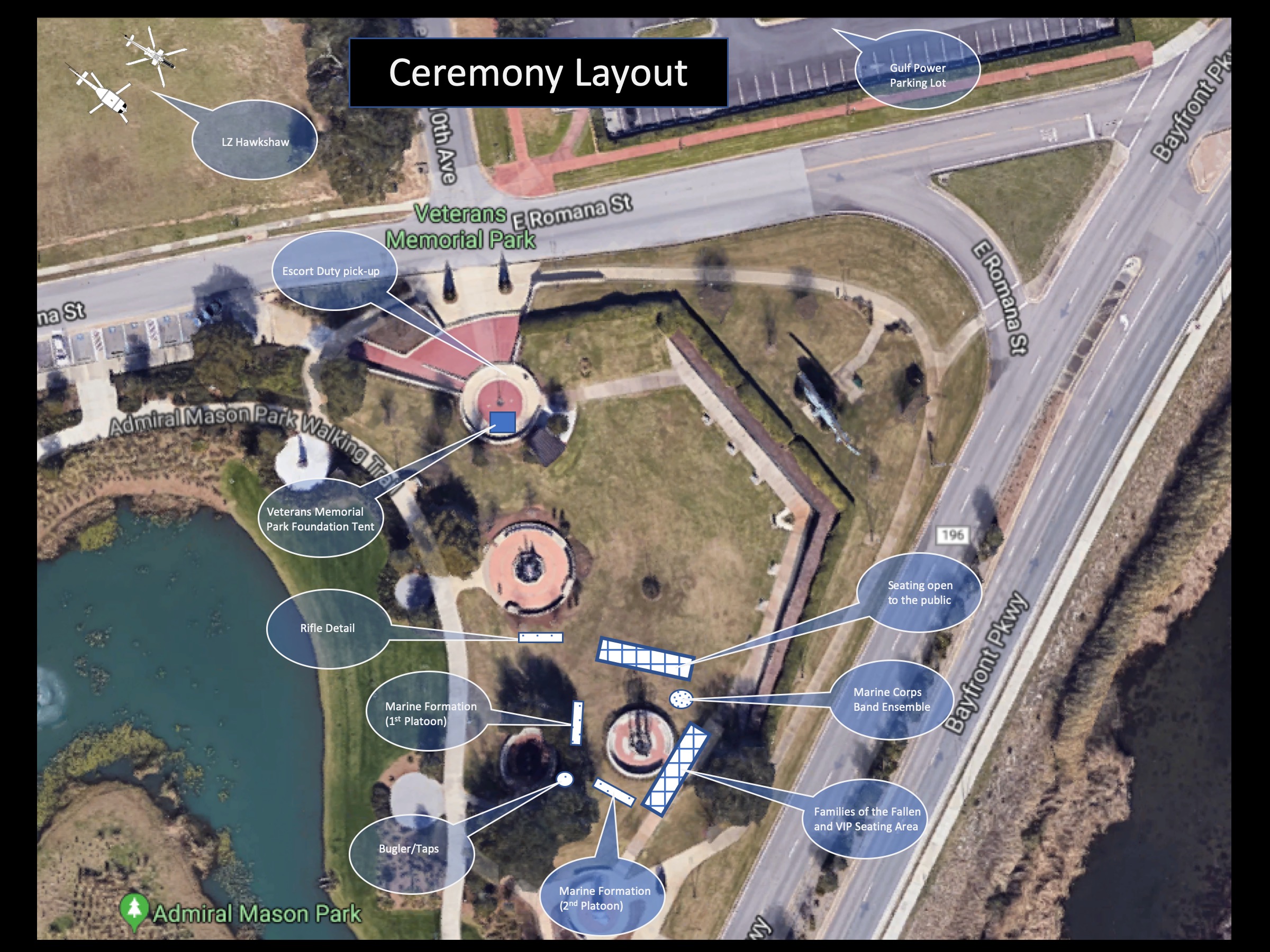 The ceremony will include the completion and unveiling of phase two of the Bell Tower, with the installation of 107 newly inscribed granite plaques on the Bell Tower’s baseplate. The individual plaques bear the names of those who fell in each designated tragic mishap, signifying the tremendous sacrifices made in defense of our nation, and defining this as a permanent place of honor and remembrance. "The Wingman Foundation (TWF) is proud to support the Marine Aviation Memorial Bell Tower,” said Gold Star wife and TWF's head of physical memorials, Ashley Lukasiewicz. “The tower is a testament to the legacy of our fallen air warriors, and gives their families a spot to memorialize and remember, both of which are personal to me." 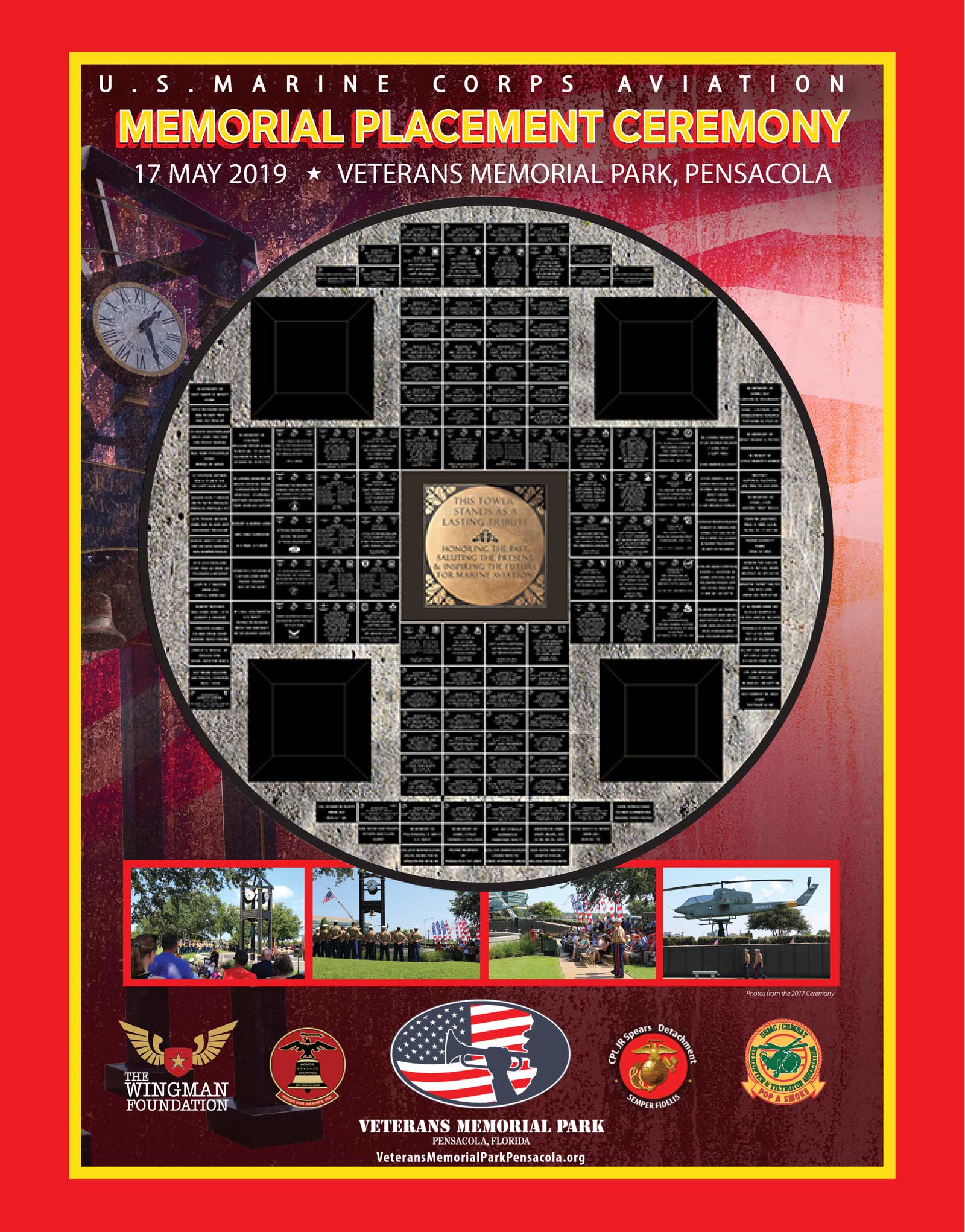 ABOUT THE MARINE AVIATION MEMORIAL BELL TOWER
Pensacola’s Marine Aviation Memorial Bell Tower pays tribute to the men and women of America who swore an oath to defend this nation by serving with Marine Aviation in all warfare specialties, including those who maintained, crewed, controlled and supported Marine Aviation training and operations. The memorial is dedicated to all who made the ultimate sacrifice in service to this great nation.